From 1935 until the early 40s, the project produced 35,000 poster designs created by scores of unemployed artists who were kept alive and working with government stipends. But eventually, the political ax fell.

Little has been written or said about the WPA Poster Project and the two million silk-screened posters and 35,000 original designs that it produced in studios across the country between 1935 and 1942. Nor has there been discussion of the major innovation wrought in graphic design by the WPA Poster Project: government sponsorship of commercial artists as a group. Here a re few of the 92 posters, to see them all go to: PRINT 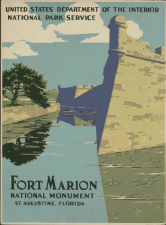 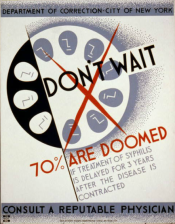